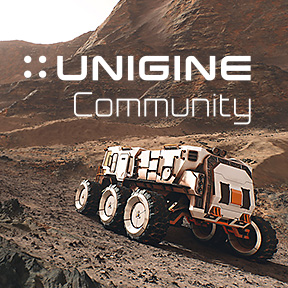 A gothic chapel with sorrowful statues stand in solemn stillness lit by the trembling light of torches. Only few rays of sun coming through the stained glass windows slide over the biblical fresco and ominous creatures carved in cold stone.

The very first GPU benchmark from UNIGINE, the original version was released in 2007, the 2.3 update was out in 2010.